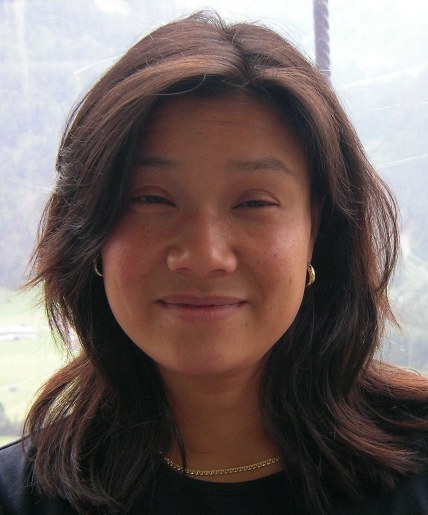 Packing, geometry & entropy: Crystallization of spheres in a sphere

When twelve equally sized spheres are packed around a central sphere, the smallest volume of the resulting cluster and thus the highest packing is obtained for a regular icosahedron, a shape with twenty equilateral triangles as faces and a five-fold symmetry. This five-fold symmetry makes this packing interesting, because it can be proven that clusters with such a symmetry cannot fully pack 3D space.

In this talk, I will show that if spheres crystallize in a spherical confinement in experiments and simulations, clusters with icosahedral symmetry will be formed up to about 100.000 spheres [1]. Using simulations, I will show that the free energy of these icosahedral clusters is lower than that of the close-packed crystal for as many as 100.000 spheres. With larger numbers of spheres, the system crystallizes in the close-packed bulk crystal.

In the case of a mixture of two sizes of hard spheres, with a size ratio around 0.8, I will show that such a mixture of spheres would not form the bulk equilibrium MgZn2 phase, but instead a so-called binary icosahedral cluster consisting of MgCu2 crystalline domains [2]. The resulting clusters, a.k.a. supraparticles, can be used for a next self-assembly step in order to structure matter over multiple length scales.